Advanced Technology Consultants has been involved in propellant injection issues pertaining to liquid rocket engines for over 15 years. One of the areas of expertise in 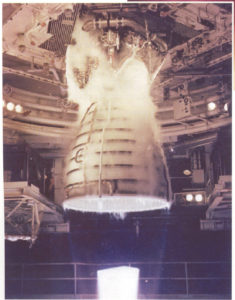 which ATC has achieved  world-class performance and prominence is the understanding of the injection under supercritical condition similar to what occurs in (liquid) hydrogen/oxygen cryogenic liquid  rocket engines such as space shuttle main engine (SSME).

Dr. Chehroudi's work on supercritical injection, conducted at Air Force Research Laboratory (AFRL) and in the context of liquid rocket engines, is globally recognized as original and pioneering. He started his R&D work on high Reynolds number  injection of jets in 1998, at a time when no model for such cases existed, and in general not much quantitative information was available, for use in a systematic computational simulation.  His leadership in this area culminated to  a ground-breaking finding, which quantitatively proved that supercritical jets, for the most part, appeared like incompressible variable-density jets.  Application of Fractal Analysis to the supercritical jets was considered for the first time. The fractal dimension measurements for the boundary of such jets supported  the notion that such jets appear as incompressible variable-density jets.  He also conducted modeling efforts on supercritical jets resulting to the only validated model in the literature. For example, for the first time, a successful model for the growth of the mixing layer in coaxial injectors under supercritical  condition was proposed by Chehroudi which is currently the only reliable one being used  by design engineers and modelers.

NOTE: Contact Advanced Technology Consultants for consulting needs and opportunities in this area.

The following technical review article appeared as an invited paper in an special volume of the Combustion Science and Technology Journal dedicated to supercritical fluids and their applications. For a list of this and other papers click here: CST Journal. 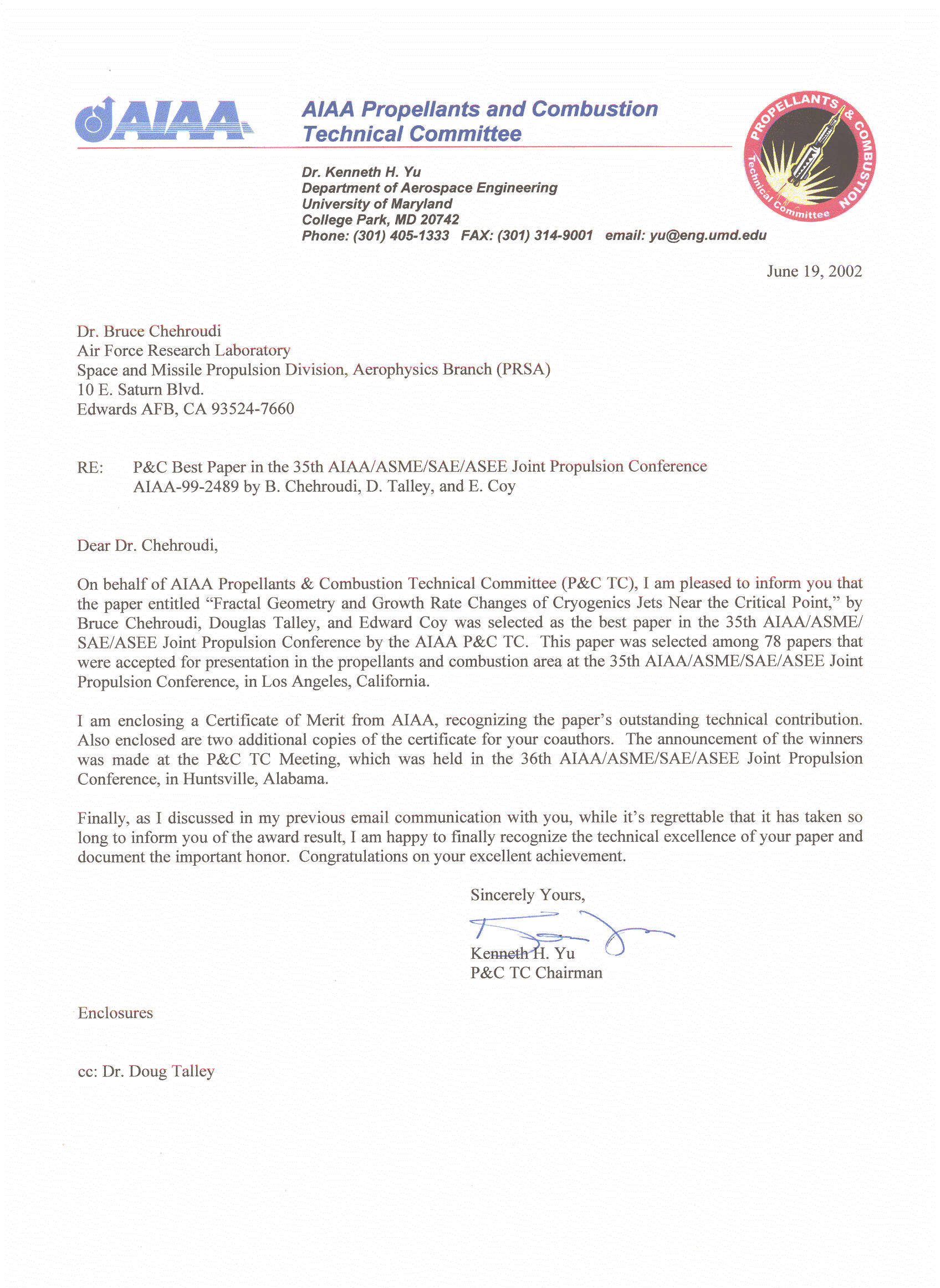 Injection of Fluids into Supercritical Environments

An Invited Contribution to An Special Volume of the Combustion Science and Technology Dedicated to Supercritical Fluids
(Volume 178, Numbers 1-3, Number 1-3/January 2006, pp. 49-100(52))

This  work summarizes and compares the results of systematic research programs at two independent laboratories regarding the injection of cryogenic liquids at subcritical and supercritical pressures, with application to liquid rocket engines. Both single jets and coaxial jets have been studied. Cold flow studies provided valuable information without introducing the complexities of combustion. Initial studies utilized a single jet of cryogenic nitrogen injected into a quiescent room temperature nitrogen environment with pressures below and above the thermodynamic critical pressure of the nitrogen. Later, the work was extended to investigate the effects of a co-flowing gas. Parallel to this work, combustion studies with cryogenic propellants were introduced to understand high pressure coaxial injection phenomena with the influence of chemical reaction. Shadowgraphy and spontaneous Raman scattering were used to measure quantities such as growth rates, core lengths, turbulent length scales, fractal dimensions, and jet breakup regimes. It is found that jets injected at supercritical pressures do not atomize as they do at subcritical pressures. Rather, they behave in many respects like variable density turbulent gas jets.