Advanced Technology Consultants has offered consulting  services pertaining to the Tunnel Boring Machines (TBM) for a number of construction companies. ATC has thoroughly researched all the providers of TBMs, had meetings  and interviewed manufacturers,  prepared a short list of candidates along with advantages and disadvantages, 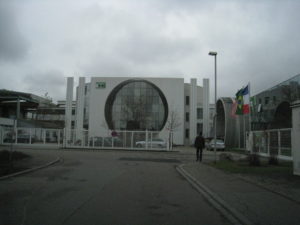 and was involved in the contract preparation and delivery procedures. A copy of  a report only a short initial meeting ATC  arranged on behalf of a client with one  dominant manufacturer can be downloaded by clocking on the word "Report_Herrenknecht Visit_Chehroudi 2".

A TBM is a complex set of equipment assembled to excavate a tunnel. The TBM includes the cutterhead, with cutting tools and muck buckets; systems to supply power, cutterhead rotation, and thrust; a bracing system for the TBM during mining; equipment for ground support installation; shielding to protect workers; and a steering system. Back-up equipment systems provide muck transport, personnel and material conveyance, ventilation, and utilities.

(1) The advantages of using a TBM include the following:

(2) Disadvantages of a TMB are the fixed circular geometry, limited flexibility in response to extremes of geologic conditions, longer mobilization time, and higher capital costs.

A TBM is a system that provides thrust, torque, rotational stability, muck transport, steering, ventilation, and ground support. In most cases, these functions can be accomplished continuously during each mining cycle. The TBM cutterhead is rotated and thrust into the rock surface, causing the cutting disc tools to penetrate and break the rock at the tunnel face. Reaction to applied thrust and torque forces may be developed by anchoring with braces (grippers) extended to the tunnel wall, friction between the cutterhead/shield and the tunnel walls, or bracing against support installed behind the TBM.

TBM system performance is evaluated using several parameters that must be defined clearly and used consistently for comparative applications.

PR is often calculated as an average hourly value over a specified basis of time (i.e., instantaneous, hour, shift, day, month, year, or the entire project), and the basis for calculation should be clearly defined. When averaged over an hour or a shift, PR values can be on the order of 2 to 10 m per hour. The PR can also be calculated on the basis of distance mined per cutterhead revolution and expressed as an instantaneous penetration or as averaged over each thrust cylinder cycle or other time period listed above. The particular case of penetration per cutterhead revolution is useful for the study of the mechanics of rock cutting and is given the notation PRev (penetration per revolution). Typical values of PRev can be 2 to 15 mm per revolution.

(c) Utilization. The percentage of shift time during which mining occurs is the Utilization, U.

and is usually evaluated as an average over a specified time period. It is particularly important that U is reported together with the basis for calculation - whole project (including start-up), after start-up “production” average, or U over some other subset of the job. On a shift basis, U varies from nearly 100 percent to zero. When evaluated on a whole project basis, value 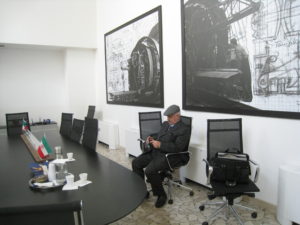 s of 35 to 50 percent are typical. There is no clear evidence that projects using a reconditioned machine have a lower U than projects completed with a new machine. Utilization depends mor

(d) Advance rate (AR). AR is defined on the basis of shift time as:

If U and PR are expressed on a common time basis, then the AR can be equated to: 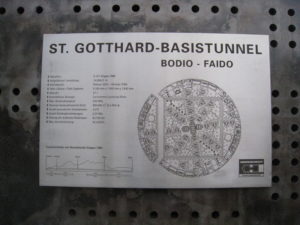 (e) Cutting rate (CR). CR is defined as the volume of intact rock excavated per unit TBM mining time. The averaging time unit must be defined clearly, and typical values of CR range from 20 to 200 m3 per TBM mining hour.

Important project features that indicate use of TBM include low grades (<3 percent preferable for tunnel mucking and groundwater management) and driving up hill. A minimum grade of 0.2 percent is required for gravity drainage  water inflow. Horizontal curves in an alignment can be negotiated by an open TBM with precision and little delay if curve

radii are on the order of 40 to 80 m. Most shielded TBMs and back-up systems are less flexible, however, so that a minimum radius of 150 to 400 m should generally be used for design purposes. Tighter curves should be avoided or planned in conjunction with a shaft to facilitate equipment positioning.

(1) Experience indicates that tunnel depth has little impact on advance rates in civil projects, providing that contractor has installed adequate mucking capacity for no-delay operation. Therefore, tunnel depth should be chosen primarily by location of good rock. Portal access, as opposed to shafts, will facilitate mucking and material supply, but more important is that the staging area for  either shaft or portal be adequate for contractor staging. Confined surface space can have a severe impact on project schedule and costs. For long tunnels, intermediate access points can be considered for ventilation and mucking exits. However, assuming the contractor has made appropriate plans for the project, a lack of intermediate access may not have a significant impact on project schedule. 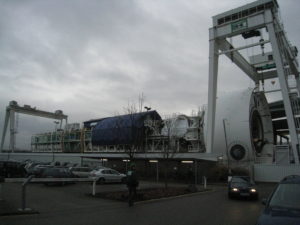 (2) In planning a project schedule, the lead time needed to get a TBM onsite varies from perhaps 9 to 12 months for a new machine from the time of order, to perhaps 3 to 6 months for a refurbished machine, and to nearly no time required for a direct re-use without significant repairs or maintenance. With proper maintenance, used TBMs can be applied reliably, and there is little need to consider specifying new equipment for a particular project. TBM cutterheads can be redesigned to cut excavated diameters different by 1 to 2 m, but the thrust and torque systems should also be modified accordingly.

(3) With delivery of a TBM onsite, about 3 to 6 weeks will be required for assembly, during which time a starter tunnel should be completed. The start of mining rarely occurs with the full back-up system in place. Decreased advance rates on the order of 50 percent less than for production mining should be expected for the first 4 to 8 weeks of mining, as the back-up system is installed and the crew learns the ropes of system operation.

Height of an average person 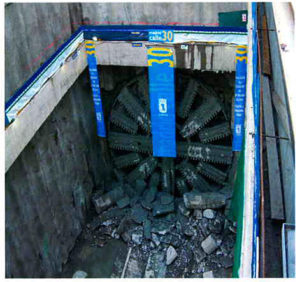