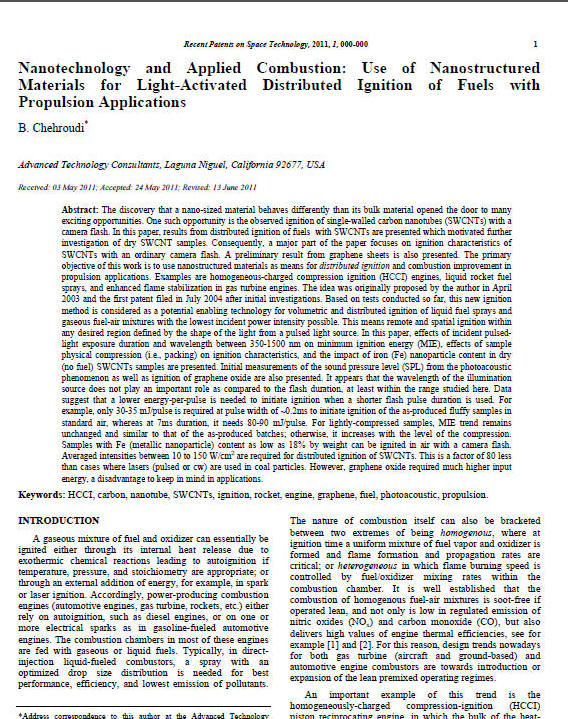 The discovery that a nanostructured material behaves differently than the bulk material opened the door to many exciting opportunities. One such opportunity is the observed ignition of single-walled carbon nanotubes (SWCNTs) with a camera flash. In this paper, results from distributed ignition of fuels with SWCNTs are presented which motivated further investigation of dry SWCNT samples. Consequently, a major part of the paper focuses on ignition characteristics of SWCNTs with an ordinary camera flash. A preliminary result from graphene sheets is also presented. The primary objective of this work is to use nanostructured materials as means for distributed ignition and combustion improvement in propulsion applications. Examples are homogeneous-charged compression ignition (HCCI) engines, liquid rocket fuel sprays, and enhanced flame stabilization in gas turbine engines. The idea was originally proposed by the author in April 2003 and the first patent filed in July 2004 after initial investigations. Based on tests conducted so far, this new ignition method is considered as a potential enabling technology for volumetric and distributed ignition of liquid fuel sprays and gaseous fuel-air mixtures with the lowest incident power intensity possible. This means remote and spatial ignition within any desired region defined by the shape of the light from a pulsed light source. In this paper, effects of incident pulsed-light exposure duration and wavelength between 350-1500 nm on minimum ignition energy (MIE), effects of sample physical compression (i.e., packing) on ignition characteristics, and the impact of iron (Fe) nanoparticle content in dry (no fuel) SWCNTs samples are presented. Initial measurements of the sound pressure level (SPL) from the photoacoustic phenomenon as well as ignition of graphene oxide are also presented. It appears that the wavelength of the illumination source does not play an important role as compared to the flash duration, at least within the range studied here. Data suggests that a lower energy-per-pulse is needed to initiate ignition when a shorter flash pulse duration is used. For example, only 30-35 mJ/pulse is required at pulse width of ~0.2ms to initiate ignition of the as-produced fluffy samples in standard air, whereas at 7ms duration, it needs 80-90 mJ/pulse . For lightly-compressed samples, MIE trend remains unchanged and similar to that of the as-produced batches; otherwise, it increases with the level of the compression. Samples with Fe (metallic nanoparticle) content as low as 18% by weight can be ignited in air with a camera flash. Averaged intensities between 10 to 150 W/cm2 are required for distributed ignition of SWCNTs. This is a factor of 80 less than cases where lasers (pulsed or cw) are used in coal particles. However, graphene oxide required much higher input energy, a disadvantage to keep in mind in applications. 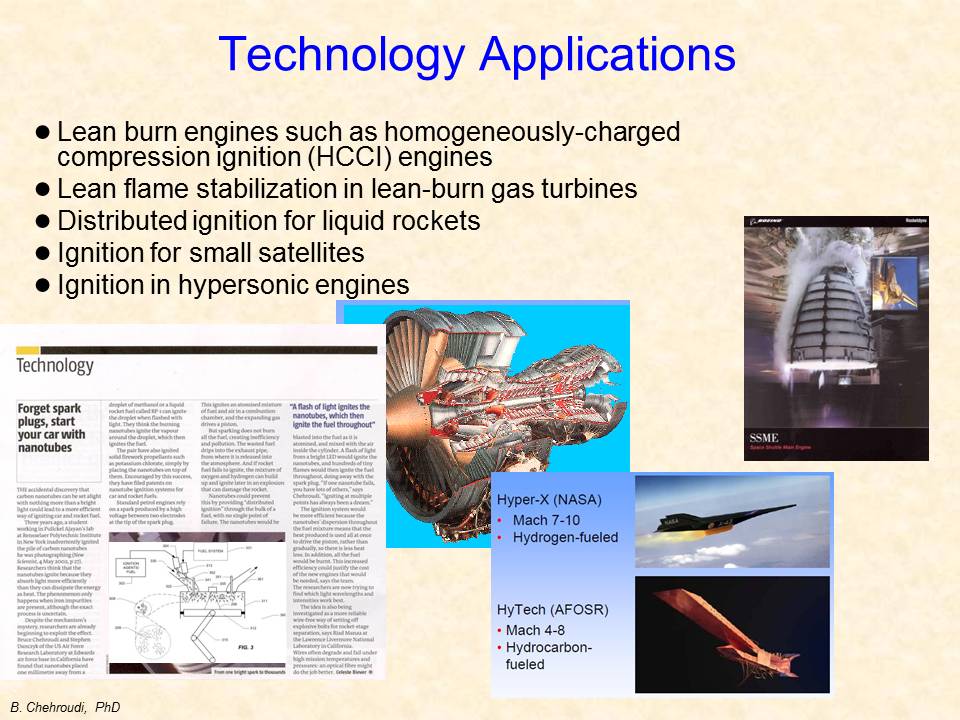 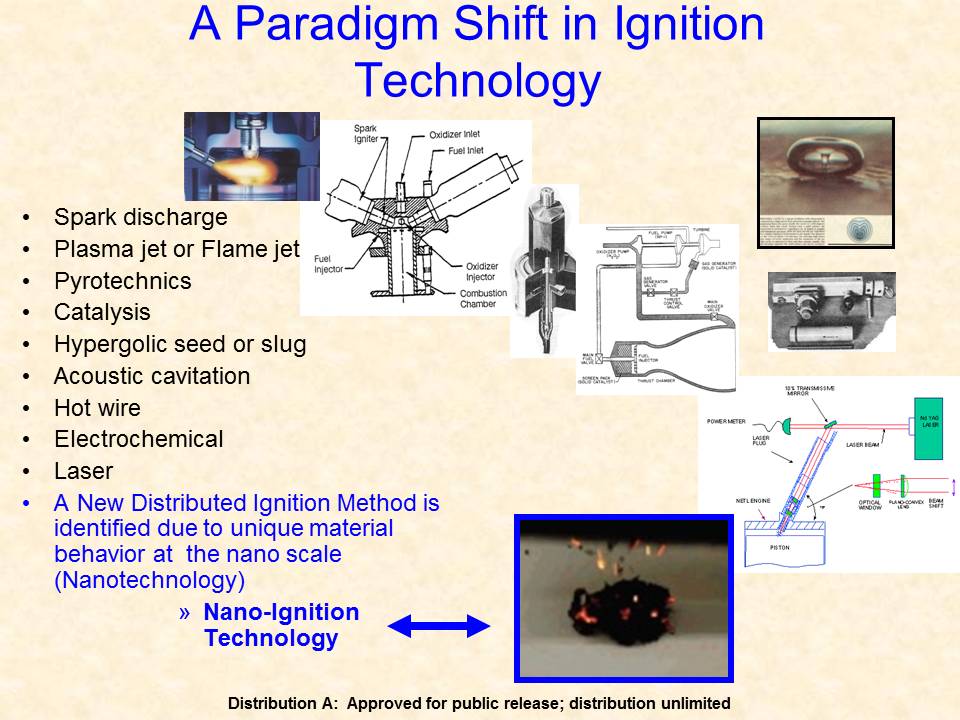